The Real TCO For A SaaS HR System

I constantly hear about cost blowout!

The  TCO (Total Cost of  Ownership) that the business had budgeted for, was hardly enough to get the system up and running!

So many times, the HR team are put in a very difficult position when the cost they budgeted for is blown out of the water and yet the system is still not up.

That’s not exactly fun!  Where would you go from such a position?  Do you put good money on top of bad money?  or would you cut your losses and run away!

Neither of those decisions is a good one – it’s just a matter of choosing the lesser of two evils – right?

And not to mention the strain, to say the least, this would put on the relationship between the HR team and the executives in the business.

TCO is relevant to the implementation of any IT system (any project for this matter) but we’re focusing here on the SaaS-based system and in particular an HR system.

A SaaS HR System is an IT system that’s hosted in the Cloud and paid for as if it’s a “utility” – just like electricity, gas or the internet.  You pay as you use or you pay a fixed recurring cost.  The terms of the recurring cost, are typically monthly, quarterly, half-yearly or yearly.

This brings up the interesting question of the “Setup Cost”, which I’m covering below – but I’d like here to say, that some providers are still charging an arm and a leg for this and some are not charging anything at all.  In my opinion, you should always demand a ZERO Setup Cost approach.  Our platform MyRecruitment+, for example, comes with ZERO setup cost.

The Total Cost of Ownership or TCO – this term was invented literally, because of the disastrous period of cost blowout that clouded the IT industry in the first 20 years of its inception.

Projects were failing left, right and centre because of steep and chronic cost blowouts!

Projects were put on hold for years because of cost blowouts!

Projects were causing an entire team to be fired from companies because of cost blowouts!

Projects were causing the demise of entire departments and in some cases entire companies because of severe cost blowouts!

So TCO was invented as an attempt to cap the cost liability of the client during the entire lifecycle of the IT project.  It’s meant to indicate that no matter what that’s the total amount that come out of the client’s wallet.

These are the things to watch out for and tips on how to handle them well and avoid them.

This tip and the next tip overlap!   Setup cost and implementation cost overlap and sometimes it’s very confusing to understand the difference and so I have listed each of the separately through this tip and the following tip.

“The Setup Cost” is supposed to be the entire cost of getting your system up and running – but then again, what the definition of “up and running” – is this a legal term that when found in a contract, you can hold your vendor accountable for a defined set of deliverables?    I don’t know about you but I would say, not really.

It’s supposed to mean that it would have the intended users of the system, in the system, using it and able to extract the desired value out of the system.  But good luck holding your vendor accountable to that.

Make sure this cost is capped – do not agree to hourly rate!

This is a pretty old-fashioned term.  I personally recommend that you run-way if your vendor is still placing emphasis on this term and in particular if they’re charging for it.

“Implementation” is supposed to refer to the fact that there are either coding required to make the system meet your agreed-to requirements, some configuration work of the system, or a combination of both.

Clunky old HR systems use this term, and most of the time, when they use it, there is a significant cost and risk associated with it.  Big alarm bell.

What I mean by “Clucky old HR systems”, is referring to what I call the vendor’s ‘go-to-market strategy’ – although they call it their system cloud, some vendors, still create a separate installation for each of their clients, and this falls under the implementation cost.  This is really bad – that shouldn’t even be called cloud

Training should be free!  But if you had to pay for it, then you should never pay on a per hour basis for training – training cost should be capped!  You should have adequate training to take full advantage of the system but at a capped cost!

Most modern and Cloud-based systems these days should come with free training but unfortunately, most of them still charge for the so-called “training modules”.  It’s crazy, to be honest!  You pay your vendor so you become a happy user!!!!!   It should be the reverse… We at MyRecruitment+ for example, see user training as an opportunity to create happy users, which leads to advocates, which will lead to positive word-of-mouth, which will lead to new clients i.e. GROWTH!

Your users shouldn’t have to pay your vendor, in order to become happy users of the vendor’s product!

Support should be included at no cost!

Do not agree to buy support based on time or anything like that – support should be unlimited – your vendor should do whatever it takes to make sure your users are supported.

Tip # 5 – The Ongoing Updates Of The System

Make sure that your TCO does include the ongoing product updates.  On of the biggest advantage for a SaaS software model is that you’re not buying a particular version of the software and installing it.  You’re renting the use of the software from a site that’s installed and maintained by the vendor.

A modern and genuine SaaS product should come with free setup, support, training and product updates but if your vendor is charging for any these services then, you have to make sure that the TCO for the product clearly caps and limits your financial liabilities for those services. Tip 1: Start social sourcing right now If you’re not already stocking your recruitment pool from the greatest recruiters’ database the world has ever known (Facebook) you need to start right now. In a 2015 survey of 1400 recruitment professionals, US recruitment services firm Jobvite... 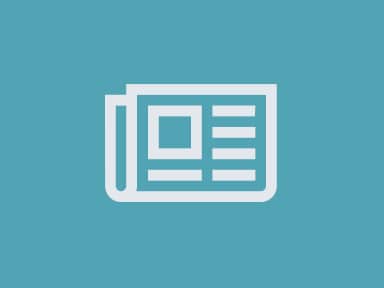 How to Improve your Time-to-fill Stats

We’ve added more beef to our Pipeline Report. Not only can it show you where you’re at with all your roles,…but now it can also show you the Time-to-fill for each position. It takes 3 clicks to produce and can be an eye opener! Please call...